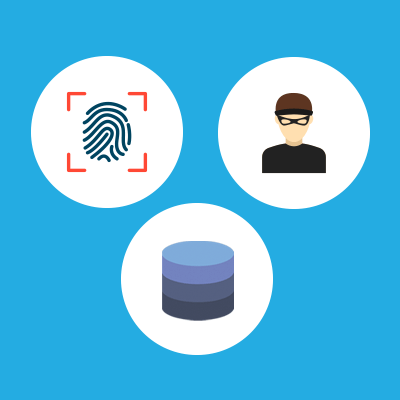 While it would be great if we could rely solely on FBI fingerprint searches in the NCIC when looking for criminal data, the unfortunate truth is that doing so often results in incomplete or inaccurate data.

Here’s why you should reconsider FBI fingerprinting and what you should do instead.

The NCIC relies on other sources for its data

The NCIC aggregates records sent to it by counties and states — it does not itself create them. Because of this, the NCIC isn’t a primary source. A primary source is the source that originally documented a criminal charge, and it’s always the most accurate source of data. Examples of primary sources include county jails and courthouses.

Because crimes are documented in the locality they occur, primary sources are usually at the county level. A person running a background check would need to go directly to the primary source to confirm the accuracy of a record they found in the NCIC. For example, a crime that took place in Cook County, Chicago would need to be confirmed with Cook County, not the NCIC.

Because the NCIC relies on counties and states to report their data, it often has holes in its information. Counties and states have no incentives to share their data — not to mention no repercussions for not sharing it. It’s no surprise, then, that up to 55% of all criminal records are missing from the database.

Even when records are shared with the NCIC, they might not always be complete. For example, members of the Virginia State Crime Commission found over 750,000 records missing from the state’s Central Criminal Records Exchange. Missing data included over 300 murder convictions, 1,300 rape convictions and 4,600 felony assault convictions. The missing records were the result of the arresting agency’s failure to enter a defendants’ fingerprints into the system when they were charged. Because these records weren’t entered by the state, they would not have been included in the NCIC.

The FBI’s NCIC database doesn’t always develop all names possibly associated with a person. If someone runs a search of the name “Robert Smith,” they may not also get results of other names Robert goes by, like “Bobby Smith,” “Roberto Smith” or even “Robert A. Smith.” As a result, there’s a risk that criminal data associated with Robert Smith isn’t found — even if it is documented within the NCIC.

The Fair Credit Reporting Act (FCRA) requires that consumer information providers only report accurate and most current information. Because the NCIC returns results without their adjudication status, and because we know that the data in the NCIC is not always up-to-date, it’s possible that the results provided are inaccurate. For example, the NCIC may still hold a record of a criminal conviction that was overturned after it was entered into the database. To someone reviewing the results, it may look like that person is a criminal, despite the reality that the charge was later thrown out.

How can you conduct a background check with comprehensive results?

The bad news: you can’t rely solely on the NCIC for all of your background screening data.

The good news: it’s still possible to conduct thorough searches of your candidates with the help of a consumer reporting agency (CRA) like JDP.

At JDP, our National Criminal Search allows us to proactively find and validate criminal records from multiple sources instead of just relying on the information in the NCIC, including:

We have access to over 685 million data records — over 57 times the number of records available through the NCIC. By searching through so many sources and then proactively validating any hits we find, you can be sure that the information we report is accurate and complete. Because we include the adjudication status of every hit and share only the information that is proven to be accurate, we stand in full FCRA compliance.

A background check is only as useful as its data is accurate; that’s why we recommend using background check sources that are more complete than the NCIC. Should your legal counsel require your organization to conduct FBI fingerprint checks, we urge you to consider supplementing them with a more comprehensive search, like our National Criminal Search database.