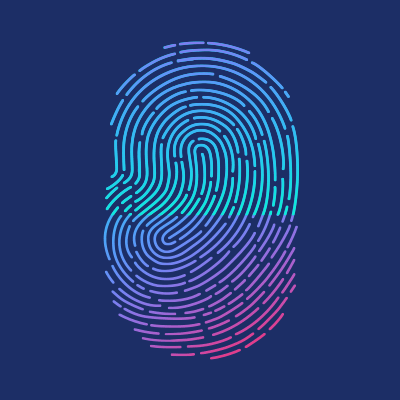 Ask the average person how criminal records are found, and they’ll likely say with fingerprint checks against the national crime database that houses every criminal file in the U.S.

That database sounds great. The only problem? It doesn’t exist.

Many people believe the FBI’s National Crime Information Center (NCIC) database serves that purpose. This misconception has been popularized by movies and TV, which often show law enforcement running fingerprint checks to quickly find every criminal record tied to a person of interest.

To understand why FBI fingerprint checks don’t work the way they do in the movies — and why they shouldn’t be relied on as your only source of background check data — you first need to learn how the NCIC works.

It’s important to remember that the NCIC relies on each of the previously mentioned entities to send their records to the database. Unfortunately, it’s common for these entities to fail to report all of their data to the NCIC. This failure occurs on both the local and state level: counties sometimes fail to report their data to states, and states sometimes fail to report their data the federal NCIC database.  As you can imagine, this leaves a large gap in the NCIC’s records. In fact, the FBI itself admits that the NCIC only contains 50% – 55% of all criminal data across the country.

Why do so many records go unreported to the NCIC? Because no one is actually required to send them. There aren’t any repercussions for not sending data to the NCIC. Because counties and states won’t face any kind of legal action or be fined for not sharing their records, they have no incentive to spend the time required to pass along information. When you consider that many entities don’t have the manpower to regularly report data, it’s no surprise that data remains unshared across county, state and federal offices.

What information can be found during an NCIC fingerprint check?

Fingerprint data is stored alongside criminal files for each individual in the database. During a fingerprint search of the NCIC, any results on file that match the fingerprint being searched will be returned.

You might be wondering what type of information the NCIC stores. The criminal records that the NCIC collects include 14 person files and seven property files:

While the NCIC can store all of the above information, it’s important to remember that its records are incomplete. A person with a criminal record may only have a partial listing of their files in the database. It’s also possible that a criminal not be included at all, resulting in a fingerprint search that yields no results.

If the NCIC is missing so much data, why does anyone still use it?

Although the NCIC is missing data, some groups still see it as a worthwhile source of information. For example, the FBI uses the NCIC to run fingerprint searches in an effort to quickly pull records associated with an individual. While they may find data during this search, the FBI also understands that their fingerprint check may only pull partial or out-of-date results.

If you’re still interested in conducting fingerprint background checks as part of your employment screening process, be sure to pair it with another form of criminal background check — like a county criminal search — that looks for data at its primary source. Should criminal records exist for a candidate, you can feel confident that a more targeted criminal record search will unearth them, even if the NCIC fingerprint search did not.