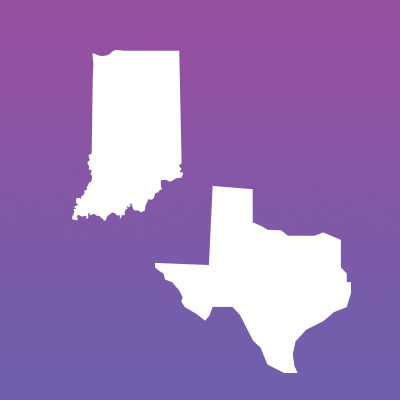 Nationally, many cities and counties have adopted legislation designed to restrict the ability of employers to inquire about the criminal histories of candidates during the application process. The ordinances, known as “ban-the-box” laws, have garnered some pushback from lawmakers in two states — Indiana and Texas.

The Indiana State Legislature recently passed Indiana Senate Bill 312, which prohibits political subdivisions (i.e., counties, municipalities and townships) from enacting ordinances that interfere with an employer’s ability to use criminal history during the hiring process. As a result, the Indianapolis Ban the Box Ordinance, which previously applied to both public and private employers who held contracts with Indianapolis and Marion County, has been overridden.

The Fair Chance Hiring Ordinance of Austin, TX, a local ban-the-box law, narrowly avoided defeat recently. The Texas State Legislature introduced a bill similar to Indiana’s, and the text included language that would prohibit ban-the-box ordinances. Ultimately, the portion of the bill that contained the ban was defeated, and the Texas Senate went on to pass House Bill 91 on May 23, 2017 — and Austin’s Fair Chance Hiring Ordinance remained intact.

The virtual patchwork of conflicting ordinances related to the use of criminal history during the hiring process has created significant compliance issues for employers. Indiana and Texas seem to have realized the problem, and are working to achieve consistency throughout their states. In the end, the move towards legislative uniformity within individual states helps to foster compliance and a welcoming atmosphere for employers.