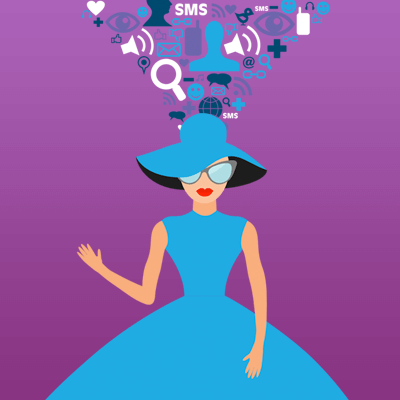 In today’s media landscape, people in the public eye rely heavily on social media to craft their images. But if they were normal, everyday folk, their “strategies” for cultivating an enthusiastic following probably wouldn’t go over so well with prospective employers. Here are the eight celebs who’d likely fail our social background screening.

Her sex appeal has played a huge part in her rise to fame, but if she were after a regular 9 to 5, those scantily clad photos and videos would definitely torpedo any job prospects on the horizon.

He may be breaking new ground for LGBT people in the rap music world, but Love and Hip Hop star Milan Christopher is also known for breaking the internet with some pretty risqué social media shots. They don’t call him the male Kim K for nothing.

The self-proclaimed Queen of Rap is also the queen of online beef, as she’s taken shots at everyone from Cardi B to Mariah Carey on Twitter. It seems there’s a new war of words every week, and her hot-headed approach to social is enough to make any organization want to stay far away.

Rapper Azealia Banks has used social media to speak out against anyone she takes even the slightest issue with. And she’s offended almost everyone under the sun — including fellow women — in the process. Definitely not employee of the month material.

She may be a living entertainment legend, but Cher is also known for some pretty legendary, all-caps, political rants on Twitter. We don’t em>belieeeeve she’d pass our screening.

Iconic rocker Ted Nugent has been around for decades, but it’s only fairly recent that his fiery political views have landed him in hot water on social media and beyond. Can you say corporate PR nightmare?

Fans of the classic sitcom “Roseanne” were heartbroken when her politically motivated Twitter rampage cost her the starring role on its reboot. If her social presence was too much for Hollywood, it’d definitely be too much for most business organizations.

@badgalriri is her Instagram handle, and she sure lives up to her name. Some would say singer Rihanna has a reputation for being an online bully. And who could blame them for thinking that? After all, she did mock one of her own fans who attempted to recreate one of her looks for prom. Ouch.

Protect your brand with JDP’s social media screening. Contact us to learn more!