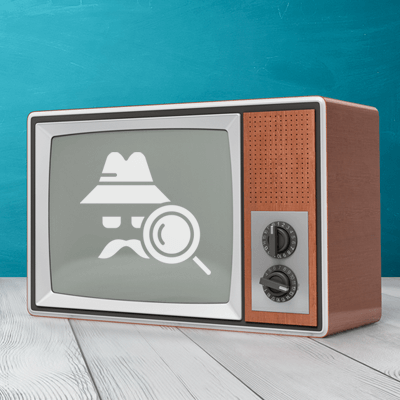 So what makes a good detective? Is it an ability to think outside the box? Is it the intuition to know when you’re being deceived? Is it a level of “street smarts” that enable you to blend effortlessly into the world around you? For the 7 legends on our list, it’s a combination of all these traits — and a few more that are a bit unexpected. In no particular order, here are the greatest background checkers of all time.

It may not have seemed that way on the show, but unassuming mystery writer Jessica Fletcher had pretty bad luck, as she was always stumbling upon murder scenes. But armed with her unmatched grandma-esque wisdom and intuition, it never took her long to solve the crimes she encountered — 60 minutes minus commercials, to be exact.

“Who loves you, baby?” Not Theo Kojak, that’s for sure. Leveraging a wide variety of manipulative tricks during his interrogations, including false accusations and abusive behavior, Kojak would stop at nothing to crack the case. He was the first in a long line of “loose cannon” TV detectives.

He didn’t look like a typical tough-guy TV cop, but Andy Sipowitz’ reputation as an alcoholic bigot came with plenty of bravado that made him a master at solving tough cases. And as NYPD Blue’s run progressed, so did Andy’s views, and that personal growth made him an even better detective.

“It’s handled!” Fast-talking and fast-walking DC fixer Olivia Pope wasn’t a detective in the traditional sense, but her ability to develop winning PR solutions from what her “gut” told her about her clients was one of her strongest assets.

The mark of a master detective is one who allows the guilty party to trip all over themselves in an eventual admittance of guilt. No rough or abusive tactics, Franco Columbo used gentle patience and ferocious intellect to give the truth the space it needed to emerge.

The hip hop generation’s first detective, JC Williams understood the importance of blending with the community in order to dig up dirt on a suspect. So he embodied the style, language and attitude of New York hip hop to woo sources into trusting him.

Let JDP help your organization with its screening program. Contact us to learn more!