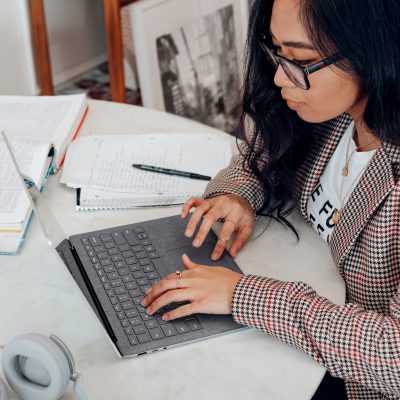 Interviewing for a new job can be a mentally taxing experience for any candidate. But before an interview can take place, there’s a lot to prepare. This includes everything from compiling work samples to researching company and employee backgrounds, to anticipating difficult questions.

It’s no wonder an overwhelming majority of Americans—93 percent—have experienced anxiety related to job interviews. But preparation is the best antidote for anxiety. So how exactly do people prepare? We surveyed 2,018 people to find out.

In researching how candidates prepare for interviews, we found that only public speaking makes respondents more nervous than job interviews. To ease their nerves, 70 percent practice their responses out loud and 62 percent prepare anecdotes ahead of time. Some go further in their preparation: small talk gets planned ahead of time by almost half of respondents, and one in four have planned a joke in advance. 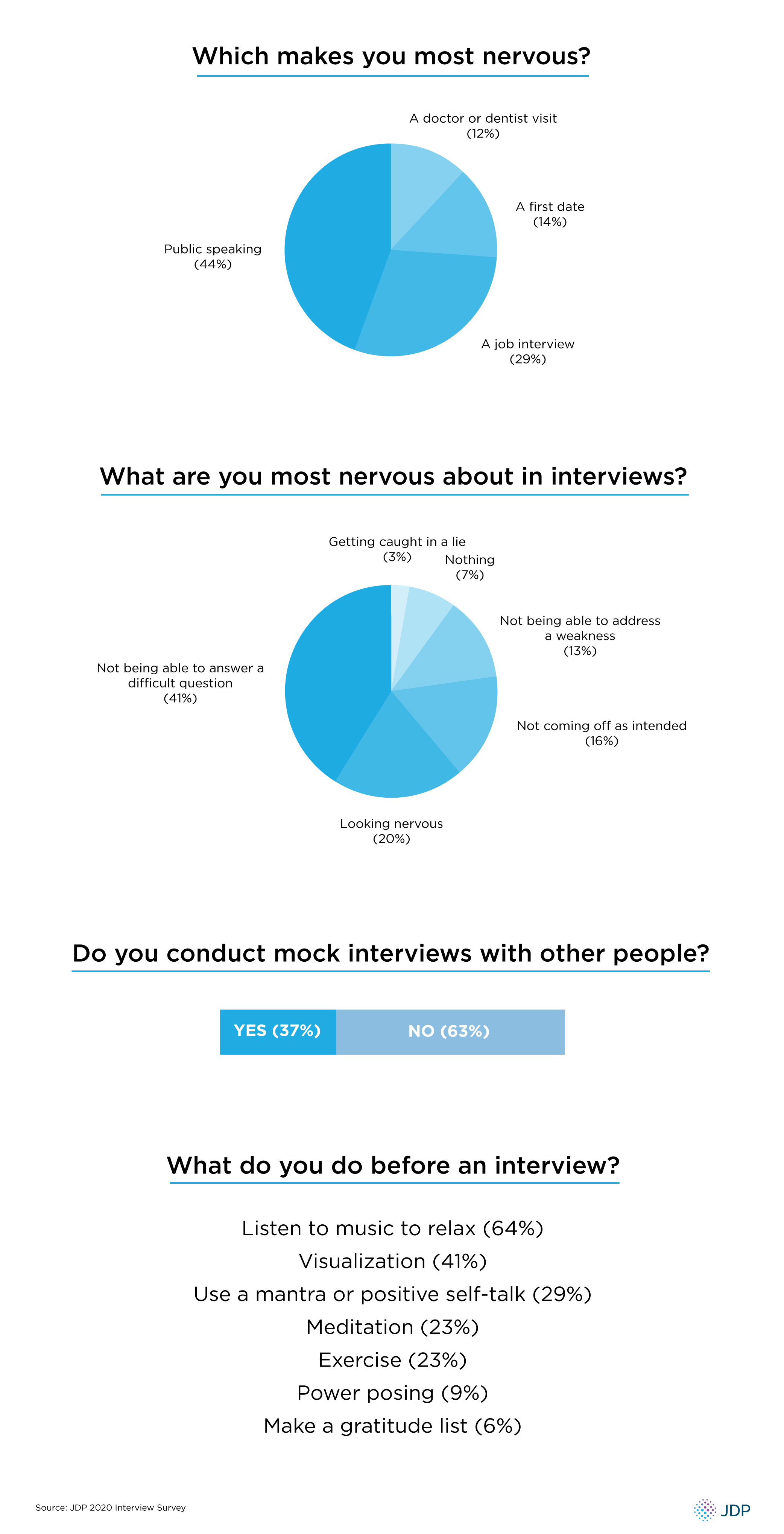 All things considered, it’s no surprise that when it comes to getting ready for an interview, people expand their preparation to include the mind and body. Eating habits change for 63 percent of respondents, over half of whom say they eat healthier or lighter than usual on the day of an interview.

Balancing a job hunt with an existing job can also be a pain point for many candidates. Though a majority (78 percent) update their LinkedIn without fear of tipping their employer off, over half have had to navigate attending an interview during work hours. Many believe that problems could arise if an employer learned they were looking for a new job, but that doesn’t stop many from searching: three in five look and apply while on the clock.