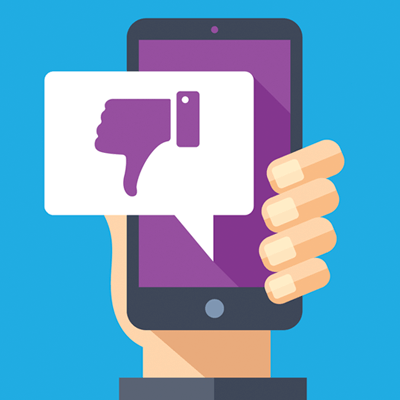 As we all know, employers aren’t just looking at candidates’ criminal backgrounds anymore to determine a good fit. Companies want the whole picture, and nothing captures a better portrait than social media. But if misused, social sharing sites could spell disaster for employees. Here are a few of the most unforgettable social media fails that got people fired.

If you work in PR, you should know better than to make jokes about AIDS and Africa, but PR exec Justine Sacco just couldn’t help herself. So she tweeted, “Going to Africa. Hope I don’t get AIDS. Just kidding. I’m white!” right before boarding a long flight to South Africa. Upon her landing, she discovered that her tweet went viral, and her employer, IAC, had given her the boot. That’s a heck of a way to start a vacation.

In early 2018, comedian Roseanne Barr tweeted out a series of jabs aimed at Obama aide Valerie Jarrett. As a result, ABC quickly pulled the plug on the reboot of her classic sitcom, thus interrupting the blast back to the 90s we were all anxious to enjoy. Bummer.

In 2016, copy editor Ken Pagan hurled a can of beer at Orioles outfielder Hyun Soo Kim from his seat in the stands. While he may have narrowly missed the baseball star, social media didn’t miss his face, as internet detectives got busy and uncovered his identity. He lost his job as a copy editor, and was sentenced to community service and probation for the incident.

People are entitled to their own opinions, but everyone can agree that mimicking the assassination of a U.S. president is a line that shouldn’t be crossed. Kathy Griffin apparently didn’t get that memo, so when she tweeted a photo of herself holding a “decapitated” mask of the president in 2017, she was let go from a series of jobs, including her gig as host of CNN’s annual New Year’s Eve program.

Because tsunamis that kill more than 3,000 people are apparently comedy gold, comedian Gilbert Gottfried tweeted a series of cringe-inducing jokes about the 2011 devastation in Japan, like this gem: “Japan is really advanced. They don’t go to the beach. The beach comes to them.” We know at least one organization that didn’t get a chuckle from Gottfried’s tsunami roast — Aflac. After reading his timeline, the company released Gottfried from his contract as the voice of the Aflac duck.

In a post that would make anyone steer clear of fast food, former Taco Bell employee Cameron Jankowski tweeted a photo of himself urinating on a plate of nachos. And although he claims he never actually served the dish to anyone, the restaurant promptly relieved him of his duties. Wise move, because eew.

The extra who overshared: Nicole Crowther

Who wouldn’t be excited to work as an extra on one of their favorite TV shows? One catch, though — you’d have to keep quiet, which is the opposite of what Nicole Crowther did when she worked as an extra on Glee in 2011. Crowther tweeted out some pretty big spoilers, and once word got back to the show, she was promptly let go.