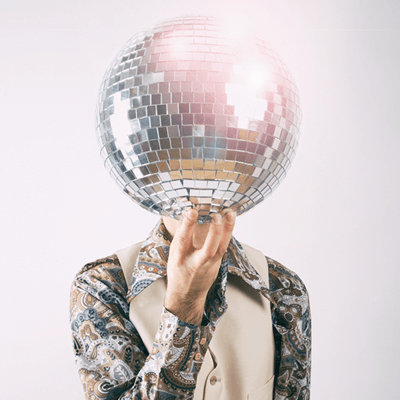 They say the clothes make the man, and in the case of these 5 TV icons, truer words were never spoken. Here are 5 characters who would probably get a bright pink slip for their work attire in real life.

Every office has one. You know — that one person whose clothes have spoken volumes before they even open their mouth. On The Drew Carey Show, that person was Mimi Bobeck, and her brightly colored clothing likely caused many in the 90s to adjust the color on their sets every time she appeared on screen. Factor in the outrageous makeup, and you’ve got the perfect recipe for an HR complaint.

Fran Fine on “The Nanny”

From her nasally voice to her unorthodox parenting style, Fran Fine stormed onto TV in the 90s and defied every child-rearing norm imaginable. The most immediately noticeable rule that she broke, however, was the one that said that women on TV who were raising kids had to look wholesome. But with bold prints, bright colors and dangerously skimpy silhouettes, Fran Fine was a 90s fashion goddess. Now, we don’t think there’s anything wrong with a nanny having style and flair, but there are plenty of people who probably do.

Okay, hear us out here. You’re a cop. You use martial arts to take down the bad guys, right? But how can you properly deliver a roundhouse kick if your jeans are painted on? How can you keep your feet planted well enough to take a punch in slick-soled cowboy boots? Sure, the look exudes unabashed machismo, but isn’t very practical for crime-fighting. Most units would likely recommend more functional attire to Ranger Walker.

Meredith Palmer on “The Office”

Typically dressed in frumpy, old-lady outfits, Meredith Palmer would occasionally push the envelope a bit and show up at work in ensembles that were way too inappropriate for The Office. Remember that time she showed up in a short purple dress and flashed everyone? Yikes.

Samantha Jones on “Sex and the City”

There were times when public relations pro Samantha Jones hit it out of the park with her work style, and there were times when her short skirts and ample cleavage likely would have gotten her in trouble. She’s just enough of a wild card to cause the wrong kind of commotion at a traditional office.