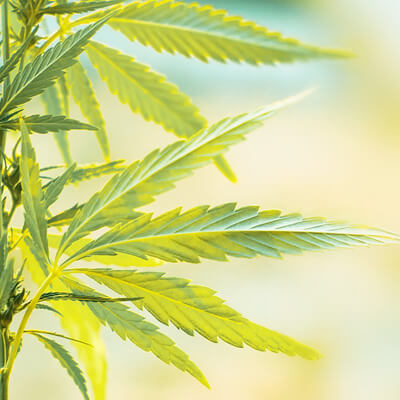 The information shared in this article does not constitute legal advice. Please check with your organization’s legal counsel before making any changes to your drug testing policy. Your organization’s counsel will be able to provide the most accurate, up-to-date and specific advice for your organization and the states it operates in.

It can be tricky enough to keep up with ever-changing drug regulations, especially with marijuana legalization on the rise. If your company has employees in multiple states, staying compliant can be downright confusing.

Whether you have offices in multiple states, one office with additional remote employees or have an entirely remote staff, it’s important to be mindful of how you execute drug tests.

Which State’s Drug Testing Laws Must You Follow When You Have Employees in Different States?

Generally speaking, employers must abide by the laws of the state each employee works in.

The more states you have employees in, the more state drug testing laws you must be familiar with. Don’t forget that cities and counties may have additional laws you’ll need to adhere to, as well.

Does it make it impossible? Absolutely not.

Let’s look at some considerations to keep in mind when developing a drug testing policy that works for all of your employees — no matter where in the U.S. they may work from.

Laws regarding drug use and testing — and an employer’s right to reject candidates or fire employees for drug use — differ from state to state (and sometimes even city to city).

While these laws change frequently — especially as marijuana legalization becomes more common — there are a few things to consider no matter what the laws are where you and your employees are based out of:

The Department of Transportation (DOT), for example, requires all industries it oversees to conduct random drug testing for employees with safety-sensitive positions.

Unless you or your employee’s state has determined that these regulations violate state law, you’ll need to adhere to them.

Medical Marijuana Can Make Drug-Free Workplace Policies Complicated
Although more than half of states now allow use of medical marijuana, the rules regarding how its use impacts employment varies.

Some states, like Illinois and New York, provide employment protections for medical marijuana users. However, states including California and Colorado don’t protect medical marijuana users in the workplace. Employers in those states can reject applicants and fire employees for testing positive on drug tests.

Do you have a drug-free workplace policy but also employ staff in states that protect employees who use legal medical marijuana? You must tailor your policy for employees in those states to follow the state laws protecting protected medical marijuana users. You’ll still be able to hold them accountable if they test positive for other illegal substances.

Random Drug Testing Isn’t Legal Everywhere
While pre-employment drug testing is generally legal across the country, some states have laws specifying how random drug testing must be conducted. Some even outright prohibit it.

For example, California law says that “drug testing existing employees without any individualized suspicion is generally considered an unreasonable search, unless the employee is in a highly safety or security sensitive position or covered by federal laws requiring random drug testing.”

In Maine, random drug testing is only permitted if:

1) authorized by a collective bargaining agreement

2) the employee works in a position that would create an unreasonable threat to health or safety; or

3) the employer has 50 or more employees who are not covered by a collective bargaining agreement, the policy was developed in conjunction with an employee committee, and the employees chosen for testing are selected by an outside person.”

If random drug testing is part of your company’s policy, you’ll need to study up on whether each employee’s state permits random testing and if there are any specific conditions tied to how those tests are conducted.

Compliance and Consistency When Drug Testing Employees in Different States

To recap: besides meeting any federal requirements your organization or specific employees may be subject to, you must comply with laws in each of the states each of your employees work in.

Your goal should always be to have consistent screening and testing standards for every employee, no matter their location. Staying compliant and consistent will be most difficult for employers with drug-free workplace policies. You may, for example, be bound to provide reasonable accommodations for protected legal medical marijuana users in some states, even if your state hasn’t legalized medical marijuana and your drug policy prohibits all forms of marijuana use for employers in your state.

With ever-changing drug and drug testing laws, one of the best ways to stay compliant is to find a drug testing provider that can help you keep up with legislation impacting the states your employees work in.