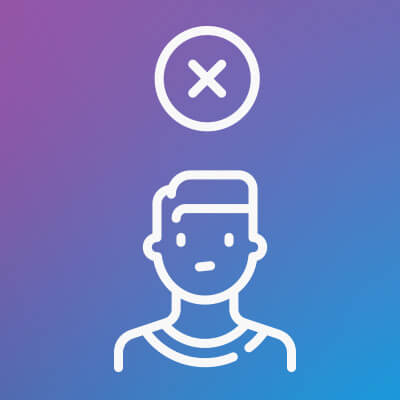 You rely on background checks to verify your candidates’ and employees’ qualifications and reduce the likelihood they could cause harm to others or your organization.

What happens, though, if your candidate says the information in their background check is wrong?

Let’s look at how incorrect information could end up in a background screening report, how candidates can file a dispute and what the dispute process looks like.

How Does Wrong Information Get into a Background Check?

While a trusted consumer reporting agency (CRA) will work hard to make sure they only include accurate and legally permitted information in each background screening report, it’s possible that wrong or outdated information makes its way into a report.

There are two primary reasons incorrect information ends up in background checks:

Inaccuracies in Records Often Start at the Data Source

A CRA relies on the accuracy of data provided to it by its data sources. If a data source has given incorrect data to a CRA, that bad information risks getting compiled into a background check report.

To understand why and how this happens, let’s look at how criminal records are created and shared.

Criminal records are supplied to CRAs by county, state and federal databases. These records are created in the county that a crime occurred. For example, if a person was charged with stealing a car in Cook County, the record for the crime will be created and stored in Cook County. It’s up to the county to maintain a complete, accurate and up-to-date record for the crime that occurred.

Unfortunately, that doesn’t always happen. Sometimes, records have inaccuracies because of human errors (like typos). Other times, the county may fail to update a record if a charge was dropped or changed.

(You can learn more about how we find data for different types of criminal background checks here.)

Mistakes Made During the Creation of a Report

Mistakes can be made by a CRA during the creation of a report, too. These are typically the result of human error.

Examples of mistakes a CRA could make include:

A trusted CRA like JDP works hard to eliminate these errors (as a result, we have a 99% + accuracy rate). Law requires any CRA that makes an error to investigate and fix it if they receive a consumer dispute.

If your candidate finds an error in their report, they can file a dispute to have it investigated and fixed.

As the FTC explains, if a consumer identifies “information in their file that is incomplete or incorrect, and reports it to the consumer reporting agency, the agency must investigate unless the dispute is frivolous.”

The FCRA requires the CRA to investigate and remove or correct any inaccurate, incomplete or unverifiable information within 30 days. Of course, if an investigation shows that the information, they initially reported was accurate, they may continue to report it.

How a Background Check Dispute Works

If your candidate thinks there is incorrect information in their report, your background check vendor will need to be alerted so they can research the contested information.

Your background check provider can give you information about how to kick this process off. At JDP, we let consumers file a dispute by filling out a form on our website.

Your candidate should provide as many details as possible to help with the investigation. For example, let’s say a criminal record turned up in a search for your candidate. However, the charges against them had been dropped two weeks after the record had been created. As a result, there shouldn’t have been any criminal record reported for them. There’s a chance that their record either wasn’t updated on the county level, or that the county update was never sent to state or federal courthouses, which is how the inaccurate information ended up in their report.

Having this additional context, your CRA will work with the source it got the information in question from to launch an investigation. During the dispute process, the CRA will have 30 days to:

The CRA will then share a corrected background screening report with the candidate and the organization that requested the background check (like their prospective employer).

The dispute process helps prevent individuals from being negatively impacted by inaccuracies in their background screening results. While most CRAs work hard to ensure the information they deliver is accurate, it’s possible for bad information to slip through the cracks — often for reasons outside of the CRA’s control. Your CRA should be more than happy to work with your candidate to investigate any disputed information and to make sure you have the best data to make hiring decisions with.