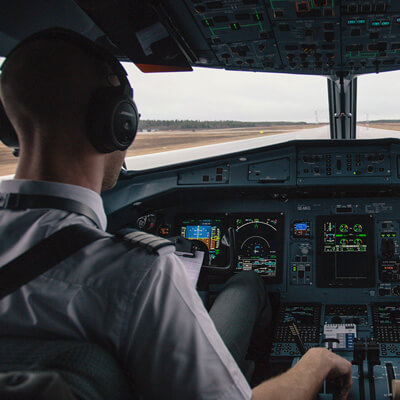 If you have employees in safety-sensitive positions, following strict background check and drug testing and background screening protocol is critical. Not only will doing so keep your employees — and potentially the public —  out of harm’s way, but it can help your organization avoid penalties.

Here’s what you need to know about the drug tests and background checks that can help keep people in these jobs safe.

“A safety-sensitive position is a job or position where the employee holding this position has the responsibility for their own safety or other people’s safety,” US Legal explains. “It would be particularly dangerous if such an employee is using drugs or alcohol while on the job. An employee has to have a clear mind while occupying such positions.”

You can probably imagine dozens of different jobs that fall within that definition. Here’s just a handful of examples of safety-sensitive positions:

Your state may define what types of positions are safety-sensitive. For example, the Oklahoma Medical Marijuana and Patient Protection Act considers jobs where duties include direct child care to be safety-sensitive.

If you’re trying to determine if a role is safety-sensitive, consider what physical harm could be done if an employee in each role at your organization were to do their job after using cocaine. While your social media manager could publish brand-damaging social media posts, it’s unlikely that tweeting-while-high would put anyone’s life or physical safety at risk. You can easily picture what could go wrong, though, if a neurosurgeon performed brain surgery while under the influence.

How to Drug Test People for Safety-Sensitive Jobs

Because the Department of Transportation clearly outlines its drug testing policies for safety-sensitive positions, their standards are a great reference point — even if your organization doesn’t have to comply with their testing standards.

Employees at DOT agencies who hold safety-sensitive positions must pass a 5 panel urine drug test. This panel tests for the following substances:

Additionally, a breath or salvia alcohol test may be conducted. These are most often conducted when there’s reasonable cause to believe an employee is intoxicated or immediately after an accident, though an employer may test it any scenario that they would also drug test during.

DOT drug tests can be conducted at various times throughout an individual’s pre-employment and employment:

Frequent drug tests serve as both a deterrent (an employee may think twice about getting high if they know they won’t be hired or could lose their job if they get drug tested) and proof of wrongdoing (if an employee were to cause an accident while they were under the influence of drugs or alcohol).

To learn more about DOT drug testing, check out our guide for employers here.

If you aren’t required to abide by a specific drug testing standard (like DOT’s), you may have more flexibility about which drugs to screen for. While some organizations are backing away from including marijuana in drug testing (due to its legalization in some states), they are not removing it from their safety-sensitive job drug testing. While marijuana is becoming more accepted, and even medically-prescribed, it still poses a real threat when it’s influencing a person behind a wheel, operating heavy machinery or otherwise performing potentially dangerous activities.

How to Background Check People for Safety-Sensitive Jobs

Drug tests are only one part of a comprehensive safety plan.

Your employees need to have the proper qualifications to conduct their jobs, too. Besides a pre-employment background check, which you should conduct to find criminal records that could potentially disqualify a candidate, you should also run a professional verification check.

Of course, not all safety-sensitive jobs require a professional license. Even if there’s no certification for the position you’re hiring, you can still conduct a professional reference check to learn whether a candidate’s experience may better qualify them for the job. A professional reference check involves reaching out to a candidate’s previous employers to confirm their employment and gather any other information about their time there, like whether they adequately performed their duties and if they had a history of safety.

What Happens if You Don’t Drug Test or Background Check Candidates and Employees in Safety-Sensitive Jobs?

The most immediate reason to drug test and background check the people working in safety-sensitive positions is to reduce the likelihood of harmful accidents. Qualified and sober workers are less likely to make mistakes on the job. The result is fewer workplace accidents (or deaths) that harm your employees or the public.

The other reason is that your organization may be penalized for failing to take appropriate precautionary measures to maintain a safe workplace.

While the specific penalizations will vary based on the incident, the outcome and the industry, employer punishment can include fines, suspension and disbarment. For example, an employer who is supposed to adhere to DOT regulations could be fined thousands of dollars for failing to implement a drug & alcohol testing program or for failing to conduct random drug tests.

Your organization could also be liable for accidents that occur because of intoxicated or unqualified employees. For example, you may have to pay damages if one of your driver’s worked while drunk, causing a deadly car accident.

Even if you don’t have any lawsuits or expensive penalties stemming from employee use of drugs or alcohol, your worker’s compensation premiums will be higher when you don’t follow proper drug testing and background screening protocol. That’s because safer employees result in fewer claims. Luckily, some states offer drug-free workplace credits or discounts — typically 5%—on worker’s compensation insurance for drug-free workplaces.