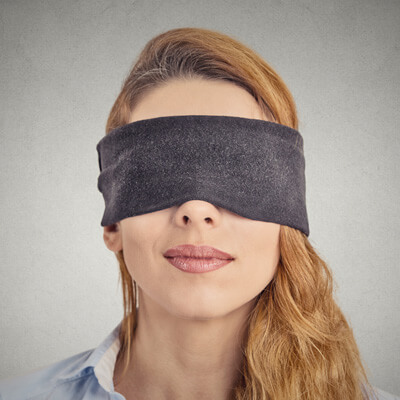 As more employers try to reduce their own hiring bias and increase the diversity of their staff, we’re seeing an increase in the popularity of blind resume reviews. The goal of this method is to give all job applicants a fair shot at being selected for a job interview.

But is it enough to eliminate hiring bias?

A blind resume review (sometimes called blind recruitment) happens when personally identifiable information is removed from a job candidate’s resume prior to being reviewed by an employer.

Information that may be removed during this process can include:

The goal of blind resume reviews is to reduce both conscious and unconscious hiring bias. This bias most often impacts women, non-white applicants and older applicants. The idea is that if you don’t know information like a candidate’s name or how many years they’ve been in the workforce — which could give clues about their demographic information — you can’t make a biased decision about that candidate.

Just how pervasive is hiring bias?

More employers are becoming aware of these hiring biases and increasingly care about their workforce’s diversity. One reason diversity efforts are gaining traction has to do with research that found companies that are more gender diverse and companies that are racially and ethnically diverse outperform those that lack such diversity.

While we commend organizations that use blind recruitment to combat hiring bias and work towards creating a level playing field for workers, it shouldn’t be the only anti-bias tactic employers use.

While blind resume reviews are a good start, they’re just that: a start.

After you’ve picked out candidates using the blind review technique, you still have to meet them for an interview. And when you meet them, you’ll learn all the demographic information you worked so hard to avoid in the first place.

Don’t forget that your interview itself may be prone to bias. For example, if different candidates for the same job get asked different questions during their interviews, it’ll be harder to fairly compare them.

Additionally, people of all walks of life have biases that must be accounted for. As a result, there’s a risk for inherent bias when the interviewer’s gender, race or ethnicity, age or national origin differs from the candidates’. To complicate things even more, it’s possible for a person to be biased against people who share their demographics. For example, a woman could have an unconscious bias against women in tech. That could result in a female hiring manager believing a female candidate is less qualified for a job, even if the candidate is equally as qualified as her male counterparts.

Blind resume reviews remove bias from the first part of the hiring process — and stops there. While it’s a step in the right direction when it comes to giving diverse candidates a shot at jobs they’re qualified for, bias during the interview process can get in the way of making a fair hiring decision.

How Else Can You Reduce Hiring Bias?

Blind resume reviews alone won’t solve your hiring bias problem (in fact, you may never fully eliminate bias all of the time). Luckily, there are additional ways to help reduce the chance of bias influencing your hiring decisions. Below are a few additional anti-bias tactics that can be added to your hiring process.

While reducing hiring bias will require you change your recruitment and interviewing processes, the payoffs — including above improved financial returns and happier employees — should justify your efforts.